A downloadable visual novel for Windows, macOS, and Linux

On October 30, 2010, a group of ten friends gathers at a secluded mountain resort to spend the night of All Hallows' Eve together. However...

What was originally intended to be a fun little Halloween party quickly turns into an actual night of horrors. When one of the attendees is found dead, fear and uncertainty spread among the group, as the friends realize they are trapped with a murderer.

As they try to unveil the identity of the killer, they slowly begin to learn to what atrocities despair can drive a human being... once its trust has been broken.

SHINRAI - Broken Beyond Despair is a murder mystery visual novel, featuring a variety of interactive elements to help you feel like an actual detective:

If you want to learn even more about SHINRAI, feel free to visit our Twitter, our dev blog on Tumblr, or download the Digital Instruction Booklet.

In order to download this visual novel you must purchase it at or above the minimum price of $14.99 USD. You will get access to the following files:

Hello just a quick question but does Shinrai work on mac catalina? and if it doesnt are there any plans for catalina support?

Sorry for the late reply, but I actually had to do some research on the topic first. Unfortunately, given what I've read, we won't be able to support Catalina (at least not any time soon), as notarizing an app is a rather complex process and, at the moment, we simply don't possess the necessary means to do so.

I'd sure like to change that in the future, but it can take quite a while to get there.
Really sorry for this, but thank you for your interest in our VN, as well as for bringing this topic to our attention!

I've just finished 100%-ing this game and man that was a fun story! I love murder mystery games, and this delivered. The final plot-twist totally flips the story on its head, and as someone who has played a lot of these kind of games I gotta tell you I didn't see it coming.

And now, here are some points/comments:

[+] I think the art style is pretty unique

[+] The story didn't shy away from being funny at times

[+] The story also feels really fleshed out, like all the character background storylines ended up being important for the mystery (which rewarded players who read the bios *hint-hint*)

[+/-] The soundtrack is really good, except for like one song that is just a little too busy and doesn't fit the scenes it's put into

[-] This is kind of dumb but if you don't like gore or blood you probably shouldn't get this, because... you know, murder happens xD

[-] The story has references to pop culture, mostly in item descriptions. I thought they were a little distracting sometimes...

Hello! I'm sorry about the dumb question, but I saw that you're selling your game on Steam too. I really want to buy it, but I own a Mac. I see that here on your page, it says there is a Mac version, but on Steam it only says there's a Windows version available... So yeah, I'd like to know if there will be a release for OSX on Steam too!

Thank you and again, sorry for bothering you! ^^

First of all, I am happy to hear that you are interested in our project, and I am very sorry for the inconvenience!

While we do plan to release the Mac and Linux versions on Steam as well, we have not yet been able to test if the Steam overlay works properly with them. If you're fine with it, maybe you could help us with that. Is there a way to contact you privately via Twitter or anything like that?

Just letting you know here that I have sent you an e-mail and deleted your previous post. Thanks for the quick reply!

Holy moly this looks incredible!! Congrats on the release!!! I cant wait to figure out the culprit! :D :D

Thank you so much! I hope you'll enjoy it!! 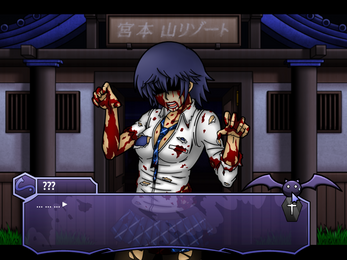 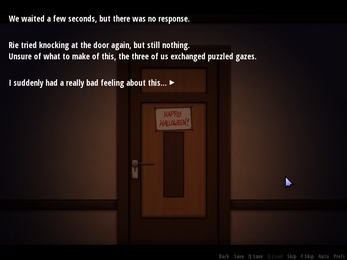 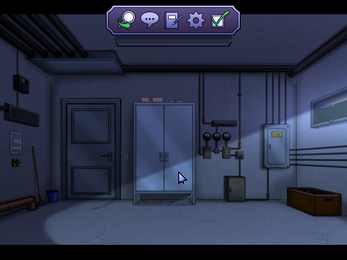 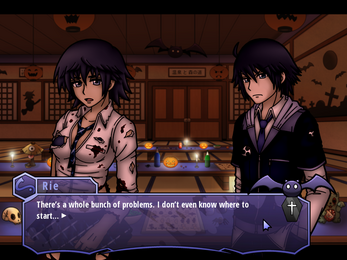